Home
Anger/Anxiety
The Origin of my Fear of Anger 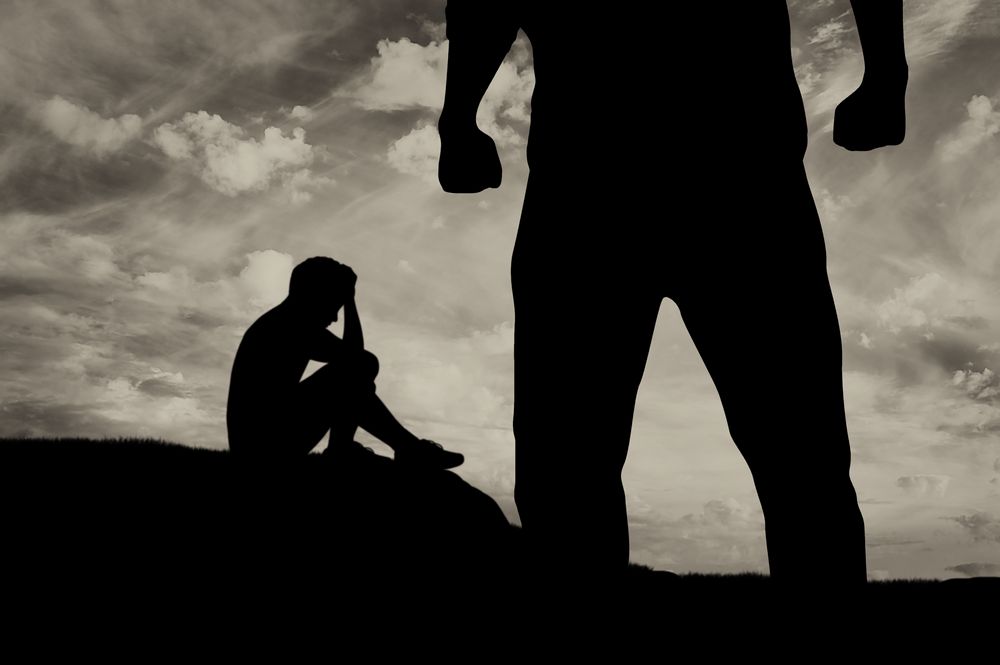 “Like everyone, it started with my parents obviously … but how exactly does it develop and what does it look like?

“I grew up with an angry father. My mother was angry as well and that definitely had an impact on me but she was more the passive aggressive type, whereas my father was much more outwardly angry and so was much scarier.

“My mother told me that he started yelling at me around the age of two, so I was exposed to it early on. Like the picture above my father seemed like an scary monster to me when I was very young. And that’s not really an exaggeration of a description when I say that he appeared to me kind of like a monster. We humans are animals after all and when much bigger, powerful animals look like they want to kill us or eat us up, then we call them monsters.

“I heard a psychologist say once that the origin of the fear of monsters for kids goes way back to when we were perhaps still Australopithecines  or some less evolved type of hominid. Children at that time learned quickly that they needed to stay close to the fire at night because hiding in the tall grasses all around them were these creatures that had sharp claws and really big fangs, and scary looking eyes and they made growling sounds. Of course you know I’m talking about lions and hyenas and other predators like them, but if you look at what a monster is right now on television or in comic books or any kind of print you’ll see that they’re all just exaggerated versions of what predators used to be for us a long time ago. 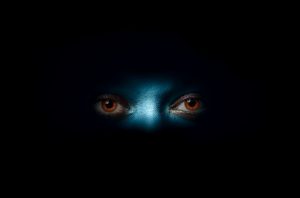 “And since humans are a form of animal with teeth and scary eyes and the ability to yell, and possessing not claws but hands that clench up in fists we can appear as monsters to kids and for me that definitely was the case.

“My father would get angry, his eyes would get darker and his voice was loud and very imposing. He also put his body into an aggressive type stance (as most angry people do) where it’s like he was ready to attack or fight, and even I was a kid without a lot of intelligence at that young age, I still knew that that attack posture spelled danger for me. We all know this. We can’t necessarily comprehend what’s going on around us but we do know when  something isn’t right and we are in danger.

“He would also sometimes smash his fists onto a table or a wall when he was frustrated and when a person does that, isn’t simply just making a scary noise. That’s a display of force and a way of communicating to somebody else (me) that his fists could go right through my head if he wanted them to, and so once again even though I was small a part of my brain was able to pick that up. Of course my father never would have taken his fist and smashed it through my head, but that was not apparent to me when I was four years old. [For some unfortunate souls that may have been a reality]

“When he was angry he also looked like he was out of control and so that made it even scarier. It’s one thing if he was angry but seemed like he was a calm sort of angry, like he he was in control of himself, but it’s quite another when he raises his voice and starts hitting walls – he even hit me from time to time although it was mostly slaps.

“So yeah, for me seeing him, an animal being 10 times the size of me with much larger muscles and strength and big teeth and getting into a position that looks like he’s going to attack, was pretty traumatic. 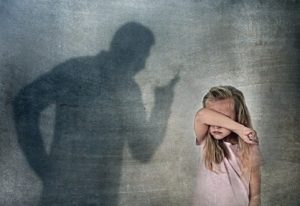 “I can only imagine what my cortisol levels must’ve been like when he would yell. I do know and do remember feeling my stomach just clenched up in knots and then getting very thirsty because my throat was dry and feeling drained of energy and having these headaches afterwards due to my body being in fight or flight mode in a very intense way. Just as an aside, you know how people say that our anxieties are not compatible for modern living because it’s not like were standing in front of a lion about to eat us when we go about our day to day living in these nice, safe cities? Yeah those therapists. They are correct about the present moment, but likely the origin of our anxieties came from experiences that made us think that there was a lion (a.k.a. a father) in front of us, or in some cases as I mentioned for people who were severely abused, there really was a line in front of them.

“I believe that one experience like this line encounter is bad enough, and I can remember a few with my father that were traumatic enough where I still feel that tightening in my chest even now as an adult. But that’s not all that happened to me, and not what I suspect happened to many of you if you’re reading this. My father seemed to be in a bad mood almost every day and his anger would express itself differently from time to time, but for much of the time it was through some kind of hostility like yelling or looking angrily at me from afar that was very threatening etc.

“So I’m imagining that he was angry at me at least three times a day, sometimes a lot more and sometimes a lot less but let’s just take three as an average. If we did that calculation, we could easily say that he got angry with me about a thousand times a year and so for the first 10 years of my life that’s 10,000 experiences of a monster or a much bigger person in this case, looking like they want to hurt me and overwhelming my nervous system to the point where I was flooded and there was no rational thought anymore, it was just instinct and my amygdala (lizard brain) firing like mad.

“Being a sensitive person too made it that much worse since every experience I have is generally heightened and felt more viscerally. 10,000 experiences over a ten-year period while the brain is forming would constitute a conditioning, and also a mapping of the brain that would give me a certain worldview going forward in my life.

“What I mean by that is that our parents were the world to us when we were younger. Other people matter but not nearly as much as they do and so if we have good parents then the world is a benevolent place, and if we have parents who have issues then we grow up thinking that the world is quite another place, and that we’re in trouble living in this one.

“And so I grew up with not only the belief but the lived experience that the world was very dangerous because anger was very dangerous. I’m not afraid of spiders like some people are because I never had any experiences with spiders that were threatening, or that at least felt threatening to me, and so when I see people wwho are afraid of spiders I really don’t understand it.

“I can imagine people who are not afraid of anger look at me and say, “Well who cares what other people think and whether or not to get angry? Let them think what they want and move on with your life?”

“But it is not easy because when other people are angry my brain goes right back to when my father was angry and the threat was real, and the anxiety from all of that past, that I feel now as an adult obscures reality and makes it hard for me to see the world and situations rationally.

“And so me being a 6’4” male, is afraid if a frail 90-year-old grandmother were to confront me and be extremely hostile. My logical brain or prefrontal cortex knows that she isn’t a threat to me, but that part of my brain is not in charge at this moment, it’s the lower, much older part of the brain that has learned lessons a long time ago and reminds me of them each time it sees the threat so that I can stay alive.

“What that means is I become anxious and avoid the 90-year-old grandmother or any other angry person, or even the possibility of anger materializing in any  and all situations.

“I’ll talk more about my mother’s anger and about other beliefs and messaging around anger in the next post.” 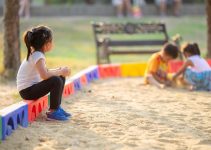 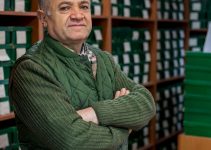 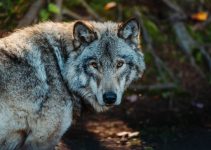